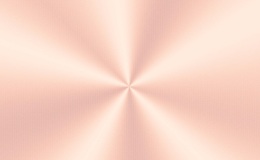 Blessed are the Peacemakers. As usual, ancient texts have deeper meanings than the one we typically read. One of the meanings is our ability to experience deep connections when we get to our silent core. Most usually, the method is meditation, but sometimes these instances of silence occur incidentally, and suddenly we find ourselves immersed … END_OF_DOCUMENT_TOKEN_TO_BE_REPLACED

Much has been written about ReiKi, so much that it seems almost impossible to avoid being redundant. However, after years of practicing and teaching this wonderful system, a refreshed view on this method becomes capital. We are so into the techniques and forms associated with ReiKi that sometimes we really need to go back into … END_OF_DOCUMENT_TOKEN_TO_BE_REPLACED 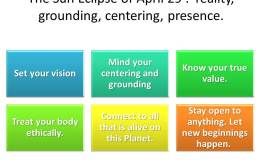 April the 29th ends a potent cosmic context that might trigger havoc or bliss in our lives. It is the best moment to re-design ourselves and get rid of all behaviors that produce negativity and generate each other in the well-known vicious circle. All behaviors described in the image are common and we usually say … END_OF_DOCUMENT_TOKEN_TO_BE_REPLACED

We live in a world of hypnotic beliefs, both cultural and religious. It places limitations both on our physical and consciousness aspects of our being. Experiencing the truth of who you are is the purpose of this sacred journey into the heart of Mother Earth, followed by an optional Solstice Ceremony in Macchu Picchu.
This life-changing event takes place in the Amazonian jungle, where the environment allows for accelerated change. The intention behind this process is a deepening and widening of perception, so that we pass beyond our physical limits, inner barriers and reach a higher state of consciousness, connected to all that is. END_OF_DOCUMENT_TOKEN_TO_BE_REPLACED

Less than 3 miles from the place of origin of the most famous samples of old art on Romanian territory (the Hamangia culture), last March a huge sanctuary containing the highest concentration of solar disks was discovered. The Seimeni sanctuary consists in 59 solar disks, with 20 meters diameter, some almost touching each other. Some are separated by lanes that might be walls as thick as 4 meters. The central position is taken by a spiral that coils towards the center of the disk, forming a ramp with a base that is over 8 meters wide and that, getting more and more narrow, captures the entire spirit energy feeding the matter and sends it like a jet propulsion towards divinity. It is obvious the disks have a different rigidity compared to the adjacent ground, and this becomes visible in the land slide areas and on the slopes.
But this is not a singular discovery. 16 miles away, next to the Mireasa village, another sanctuary with four disks, 26 meters each, and a similar placement, was discovered one year before Seimeni. Three others showed up at the same time – 40 miles from Seimeni, close to the Black Sea shore. The 13 new disks of the sanctuaries contain two larger ones, with diameters of 28 mteres ,which are the largest ever discovered in the Carpathian – Danube area. Along a straight line of about 45 miles, there are five such sanctuaries showcasing the solar symbol. The old ceremonies are still done every few years. END_OF_DOCUMENT_TOKEN_TO_BE_REPLACED 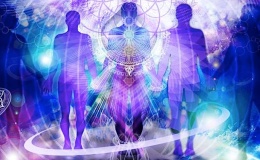 The year of 2014 starts with a New Moon: time for planting, and that does not refer to cereals only, but to intentions, too: this is the best moment in the last years to set a personal evolution wish and send to the Universe the “order” for its manifestation. You can start this year in a different, profound, significant way, influencing all that is to happen. Here is how you can do it: END_OF_DOCUMENT_TOKEN_TO_BE_REPLACED